About Cow of the Wild

So if you're here, chances are you've already seen Cow of the Wild.
On the off chance that someone who has somehow stumbled across this website,
I'll try to give a bit of a plot summary here.

After that I'll show you some embarrassing early screenshots. 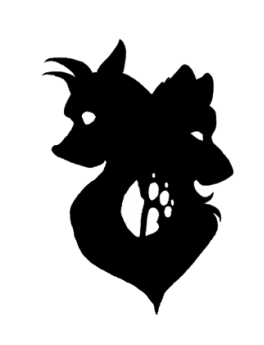 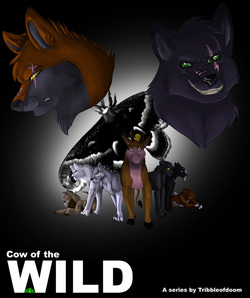 Alright, so Cow of the Wild is based on a short story I wrote when I was eleven
years old.  It was originally a spoof of Jack London's "Call of the Wild", but
me being myself, I had to keep on writing and writing until it was something altogether
different.  And a good deal weirder.

So the basic premise of the plot is, now don't run away when I say this,
a dim-witted cow wants to join a wolf pack. And they let her. For reasons
to be disclosed. That's essentially it.

But the story isn't really about her.  The show is character driven
- all the wolves in the pack having complex relationships with family
and friends, and it focuses how all of these lives intertwine into
this confusing web of...stuff.

There's romance, action, betrayal and some heaping helpings of silliness.

Well, the very first time Cow of the Wild was animated was a year before
I ever got my youtube account.  That's right folks, I must have been eleven or twelve
when I animated the first version of Cow of the Wild. It never got posted anywhere
and was only witness by myself and my mother.  I did it because I was bored
at Christmas holidays and my mom took my video games away.
I actually finished it, and it was twenty awkward minutes of glory.  Unfortunately, I can't
show you guys because it got deleted a couple of years ago when my computer crashed.
But I do have some wonderful, wonderful screenshots for your enjoyment: 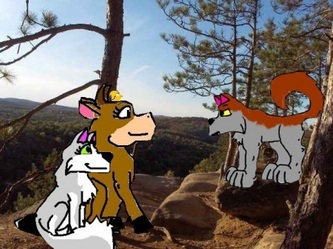 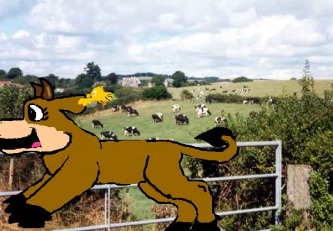 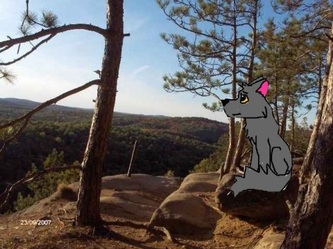 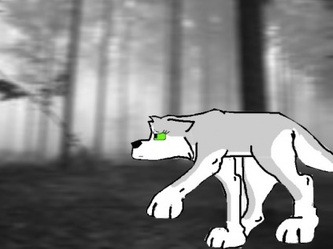 After that I got a youtube account.  I animated the entire first book of Erin Hunter's "Warriors"
series, but during the animation in that,I also wanted to do something original.
So I started Cow of the Wild again to break up all the warriors animation I was doing.
I finished Warriors a couple years ago now, but Cow of the Wild is still going.

There are thirty planned episodes for the series, and so far I've animated twenty-one of them.
My goal is to finish.  Because I like finishing what I start. I hope you come along for the ride!